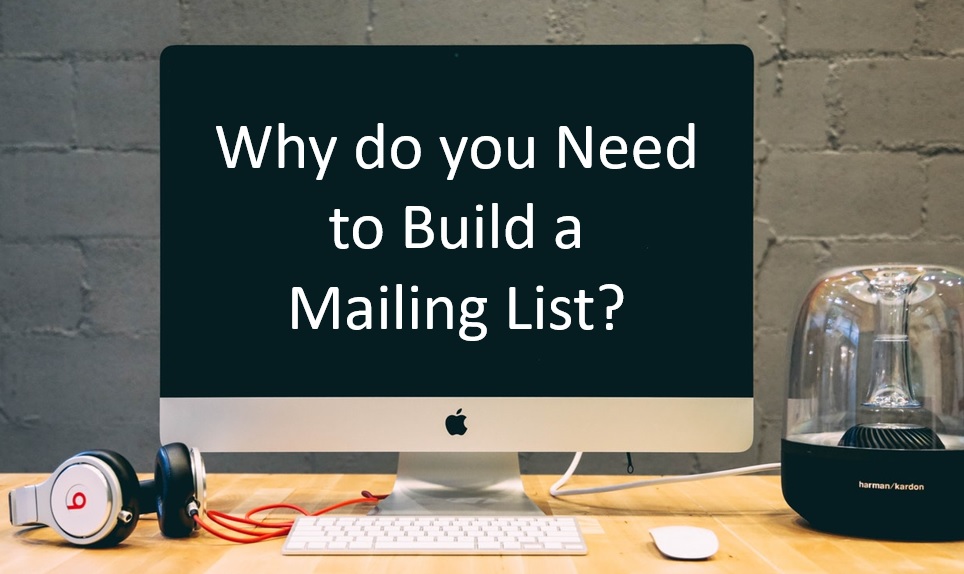 They repeatedly say this mantra like some sort of religious duty. It almost borders on some sort of cult spirituality. Well, there is a reason why experienced and seasoned affiliate marketers keep on saying this.

After all, where there is smoke, there is fire. People will not risk their professional credibility in saying something that is patently false. They are not liars nor are they rolling the dice with their reputation by steering people wrong. Instead, they are saying the truth. But you need to be clear as to why this is the truth. Here are the four reasons why you should build a mailing list

You won’t convert with ads usually

When was the last time you visited a website, saw an ad, clicked it, read the sales page and whipped out your credit card to buy stuff? I would venture to guess that those times are few and far between.
Usually, ads do not convert. What they do is create some level of familiarity with people. When a link is clicked, then people figure out what the ad is about. They keep seeing the ad. They become familiar with it and eventually click on it again. They read more and ultimately some of them would join a mailing list where they would get marketed to several times. The more you get your offer in front of a person’s eyes, the more chances you get to make your case.

Get them to come back to your site

The vast majority of people who visit a website will never come back. Maybe they just did a one-time Google search. Maybe somebody just referred them via email. Whatever the case may be, they found the website, found it lacking or found the information interesting, but not interesting enough for them to buy stuff. For whatever reason, they bounced out and most of them don’t come back.

When you get people to sign up for your mailing list, you get a chance to direct them back to your website when you send an update. Maybe you posted a new blog post. Maybe you’re launching a new release. Whatever the case may be, you give people a reason to come back to your site. You end up recycling a lot of the “dead traffic” that you could have lost permanently.

Position yourself as a trustworthy expert

The key here is to get them to like you enough for them to feel that you know what you are talking about. If you keep this up, they will trust you and it will only be a matter of time until they trust you enough to buy whatever it is that you are promoting. Of course, this takes time. Some people don’t need much persuasion. You only need to send a few emails for them to buy stuff. Others take a longer time to decide. Whatever the case may be, you put yourself in this situation. Also, send out a one-dollar offer for a small book or booklet that you have published. You are not going to make money out of the one-dollar-deals. Instead, you are using it as a device to filter buyers from tire kickers. Tire kickers are people who would just want to receive email after email, but they would not buy anything.

When you send out a one-dollar deal, you’re making it very easy for people to segregate themselves. They are signaling to you that they are serious enough to buy stuff later on. You may only be making a dollar from this deal, but once you get them in your buyers’ list, then you can send them offers that charge more money. Your chances of success are much higher because these people are tried and proven buyers.